Santa Clarita and Its Rise in Modern Automotive Technology

The City of Santa Clarita is uniquely positioned within Southern California and tied closely with a growing technology industry. There are plenty of family activities here, given that Magic Mountain is just a few miles away. However, Santa Clarita is also growing in a specific sector of the economy — automobile manufacturing. The city offers engineers and car enthusiasts a glimpse into the rise of modern automotive technology. The growth and economic climate of Santa Clarita are positive for most who move here.

The key artery in the western U.S., Interstate 5, runs right through the city. As a result, it makes it convenient to get almost anywhere in the state within a few hour’s drive time. Many industries have grown significantly in the area in the past 25 years, including technology, aerospace, biomedical, and entertainment. The automotive business is strong in the region, with Indy car engines built in the area and a significant number of off-road racing options as well. The area between Santa Clarita and Bakersfield along the Grapevine is less densely populated than areas farther south, a perfect environment for a fast car.

Honda even has a Performance Development Group located in the city. HPD helps Santa Clarita earn a reputation as a spot where a wide range of professionals are helping push cars to their limit both as fuel-efficient means of transportation and a source of fun and entertainment for many people. The rush of driving a fast car on a private track is very similar to that of many of the rides at Magic Mountain itself!

The Honda folks are a key part of the local car culture because the facility has been around since 1993. They design and develop racing engines, chassis, and a range of other parts that help owners get the best performance — and the most enjoyment — from their vehicles. It’s very interesting to learn when you look into the history of Honda MotorSports, that at the age of just 22, Mr. Honda himself set a then-Japanese record of 75 miles per hour using a converted Curtis Wright aircraft engine. That ingenuity has embedded itself both within that division of Honda and the region itself. The entrepreneurial spirit thrives in this city, even though the area is less well known for this than Silicon Valley about 4 hours north.

Knowles Precision Devices, also a player in advancing the latest technology for electric cars, supplies engineers the needed components for manufacturing control units. Their most recently manufactured HiT range of multilayer ceramic capacitors are designed to satisfy high-voltage EV components. Without such technology, EVs would not be efficient. Another emerging company that works with the automotive industry is Stratasys, a 3D company. On the cutting edge of manufacturing, it is leading the way in additive technology. Its 3D application supports foreign car companies like Honda, Volvo, and Audi. The technology helps eliminate clean-up time and reduces waste with innovative, lightweight tools. The Audi Pre-Series leveraged Stratasys’ J750 to produce its tail light covers, reducing prototyping lead times by 50 percent.

Beyond what these specific companies have achieved, I’m equally impressed by how the local Economic Development Agency has attracted other technology companies to the area. One that comes to mind in the overall transportation space is “True Position.” This company manufactures a range of high precision aerospace parts for key programs, such as the 737, 777, and a range of Gulfstream products as well. Their success in the region has undoubtedly contributed to this culture as well and has helped develop this once-sleepy spot into an industrial center of northern Los Angeles County. 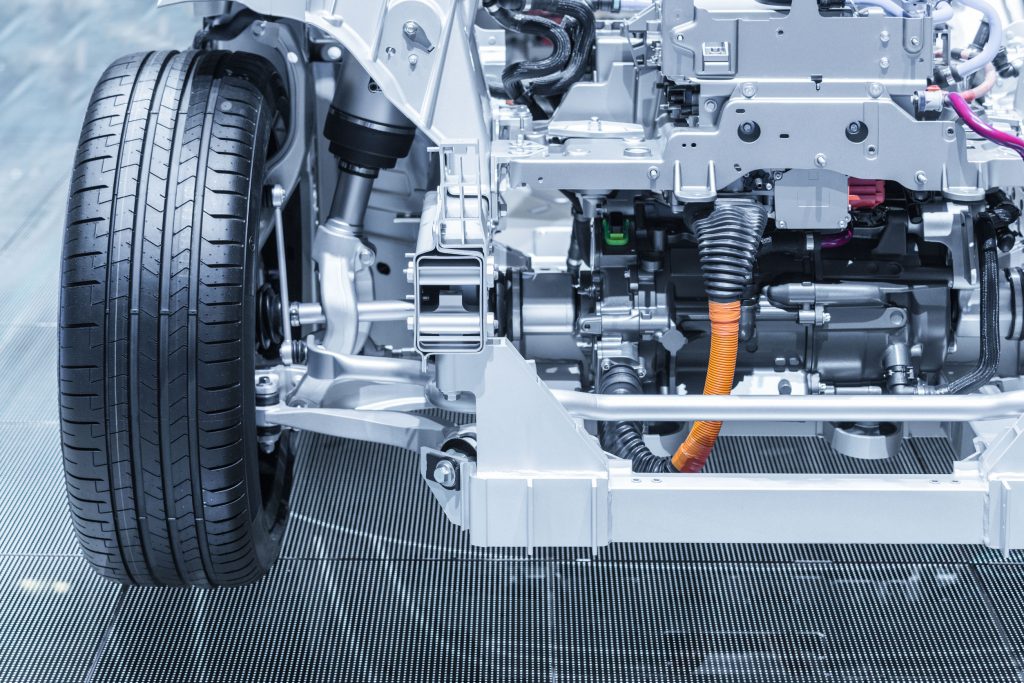 With the growth in the car industry, College of the Canyons in Santa Clarita offers an Automotive Degree to fit with the city’s vested interest in technology. Students can take beginner classes such as the operation of brakes and suspension systems, to more advanced classes such as emission control, computer networking, and hybrids. The job market within this industry is growing significantly, especially in California. The U.S. Bureau of Labor Statistics estimated an increase in opportunities for auto mechanics of 17% in 2020, translating to about 124K jobs. Many of those will be in Santa Clarita. Auto experts will see their skills utilized in modern advances in technology such as fuel systems for hybrids, EVs, diesel engines, computer microprocessors, and high-performance vehicles.

Santa Clarita is also an interesting area politically, with both conservative and more liberal segments of the population. The middle-class in the area has helped feed a preference for the more fuel-efficient and reliable vehicles that have come from Japanese companies. Honda, Toyota, and its more upscale brands Acura and Lexus come to mind. The fact that this city is innovative suggests “greener” times in the future. The Green New Deal looks to expand and innovate electric vehicle technology, reducing the need for traditional gasoline engines and the pollution that comes along with them. You can bet Santa Clarita will be in the thick of it as manufacturing accelerates for electrical vehicles.

I often think about how deeply embedded in family experience our vehicles are. In a car-centric culture like Southern California and a city as hilly as Santa Clarita, this rings true. I ponder the late-night rides in a high-performance Honda (purchased used of course) through the rolling rural spots in the area. As the wind whips through the car and the radiant lights of the region dazzle below, I think about the kids only just learning to drive. They may have been given an older used car by their parents. Hoping they stay safe in it as they begin their lives as drivers, these teenagers will no doubt take their friends to Six Flags Hurricane Harbor during the summer. They will carry such powerful memories of the experience in that car with them for many years to come. I think about the thousands of commuters who work much farther south closer to the City of Los Angeles, Hollywood or Santa Monica. They needed to purchase a home in Santa Clarita given that it’s more affordable than many other communities in the region. They spend hours per day (hundreds a year) in their cars, which become almost like a best friend as a result. Those are very powerful reminders of how deeply embedded in our lives’ cars have become, particularly for a city where driving substantial distances is an everyday fact of life. Hence, it’s our mission to provide safe, affordable, and ultimately “memorable” used car options for these folks. They are the lifeblood of our economy, the “salt” of the earth, and the engine that fuels our growth.

The story of Santa Clarita certainly has unique aspects to it. It represents the entire region of Southern California — even the state itself — because of its unique location geographically. The car is a central part of that story. Cars will continue adapting as the industry shifts to electric vehicles with the rise of brands like Tesla. The variety of transportation options available through ride-sharing services like Uber and Lyft also demonstrates the growth in technology. I am proud to be able to serve the great city of Santa Clarita. I look forward to serving as the industry, and our communities evolve in the forthcoming years. I’m looking forward to being on this thrilling ride with you!